COVID-19: Spread the Science, not the Virus Seminar Series 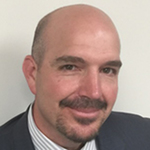 Rob Leeret, is the Vice President of Patient Access and Logistics for the UCHealth. His oversight includes the UCHealth DocLine Operations Communication Center, system wide Patient Placement and the UCHealth Lifeline critical care transport program. Prior this role, Rob was the director for the emergency department, trauma services, capacity management, and the access center at the University of Colorado Hospital since 2009. Leeret is the former director for emergency nursing services at Denver Health Medical Center, where his responsibilities included level one trauma response, critical care transport and the creation of the sexual assault nurse examiner program.

Leeret has over 26 years of experience in nursing leadership, hospital operations, strategic program development and emergency nursing. He has extensive experience in hospital operations and performance improvement has earned a national reputation as an expert in emergency, trauma, critical care transport and transfer systems development. Leeret was instrumental in the design and construction of the ED at UCH as well as having played an instrumental role in the design and construction of the Denver Emergency Center for Children which has emerged as an example of emergency care excellence providing both urgent and emergent pediatric care for the citizens of Denver.

Most recently, Leeret oversaw the role of the state of the art, DocLine Operations Communication Center (DOCC) on Anschutz Campus in Aurora, CO during the COVID-19 pandemic response. The DOCC is a comprehensive, one call transfer center that addresses all physician needs throughout the transfer, consultation and transport process. The DOCC acts as an epicenter for patient logistics throughout twelve UCHealth hospitals by facilitating and tracking patient placement, MD to MD communications surrounding transfers and specialty consultations, and inter-facility critical care transport. Leeret operated as a lead for the Colorado Hospital Transfer Center initiative aimed at the development and oversight of critical patient transfer activity in support of rural hospitals related to the pandemic response. 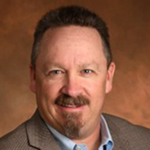 Lyle received his bachelor’s degree in Communication before joining the US Army to become an Arabic Linguist stationed at Ft. Meade, Maryland. Upon his service fulfillment and honorable discharge, Lyle moved to Colorado where he took his first job in public health within a local health department immunization program. He then earned a master’s degree in public health and subsequently started a career in the newly formed area of public health emergency preparedness over 18 years ago.

Lyle has overseen public health and medical emergency preparedness programs and grants at the local and state level while also responding to many emergency incidents assuming various roles and responsibilities. The most notable include Base Camp Commander for Camp Colorado during hurricane Katrina and Rita, Department Operations Center Commander for the Waldo Canyon wildfire and the 2013 Colorado Floods. He received certification from the Colorado Emergency Management Academy and is currently a certified Terrorism Liaison Officer with the Colorado Analysis Information Center while working as the Director of Hospital Preparedness for the Colorado Hospital Association.

The Colorado Hospital Association’s (CHA) Hospital Emergency Preparedness (HEP) Program provides disaster planning and response training to Colorado hospitals and health systems. HEP’s mission is to provide ongoing support and to enhance the ability of hospitals to build strong emergency preparedness and response systems through the use of training and educational programs, coordination, collaboration and support. 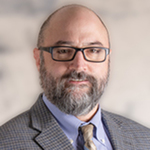 Kevin was born and raised in Texas and received much of his education there. He was very involved in the Boy Scouts of America, became an Eagle Scout and held local and District leadership positions with the Boy Scouts. In the early 1990’s, Kevin developed an interest in healthcare and became an EMT/Paramedic and then moved on to become an RN.

Kevin has held a number of key leadership positions throughout his career, in addition to multiple posts as CEO. Prior to joining LifePoint in 2011, he served as chief operating officer (COO) of Medical Center of Southeastern Oklahoma in Durant, Oklahoma, and COO of Central Carolina Hospital in Sanford, North Carolina. He also formerly served as chief nursing officer (CNO) and interim CEO of St. Francis Hospital-Bartlett in Bartlett, Tennessee.

Kevin and his wife Belinda recently relocated to Wiggins in November 2019, when Kevin became the CEO at Colorado Plains Medical Center. They have three grown children. In his spare time he likes to spend time with family and travel. He is involved in his church and enjoys woodworking and classic cars.

In addition to his lifelong interest in the Boys Scouts of America, Kevin has also been a long-time Rotary member, a current board member on Morgan County Economic Development and was on the Chamber of Commerce in Ennis, TX and Logan, WV. He also has been a Board member for Southern West Virginia Community and Technical College, Chief Logan Lodge Fitness Center, The Salvation Army, and the West Virginia Hospital Association. 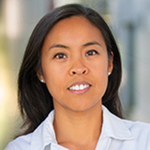 Dr. Tad-y is the Vice President of Clinical Affairs for the Colorado Hospital Association. She is responsible for leading the statewide quality and safety initiatives in Colorado hospitals, oversees workforce development including physician engagement, hospital emergency preparedness and innovation. She is also an Associate Professor of Medicine at the University of Colorado School of Medicine (CU) where she is an academic hospitalist and the Director for GME Quality and Safety Programs.

Dr. Tad-y’s work has focused on educational and clinical program development around systems improvement and safety, hospital medicine, and aligning the clinical and educational missions of medical centers. She led and supported the implementation of Systems-Based Morbidity and Mortality conference for several departments and directs the quality and safety programs for more than 100 resident and fellowship programs at CU. Dr. Tad-y is a faculty member of CU’s Institute for Healthcare Quality, Safety and Efficiency, authored and co-directed the quality improvement curriculum and annual pre-course for the American College of Physicians, teaches for the Quality and Safety Educators Academy and is an Assistant Editor for the Joint Commission Journal of Quality and Patient Safety.

In the face of a fall surge of COVID-19 hospitalizations, Colorado hospitals collaborated to create a tiered transfer process of COVID-19 patients, the Combined Hospital Transfer Center (CHTC). The CHTC functioned as a true partnership among hospitals across the state to allow the safe transfer of patients with COVID-19 from hospitals that had reached capacity to hospitals with bed availability. Colorado Hospital Association will share how the CHTC was created and implemented, the challenges faced and strategies for overcoming those challenges.