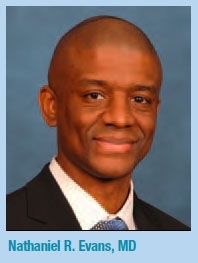 Nathaniel R. Evans, MDM has joined the Division of Cardiothoracic Surgery. Dr. Evans finished his cardiothoracic surgery training at the Massachusetts General Hospital in December 2009. His focus will be on thoracic surgery both at Thomas Jefferson University Hospital and Methodist Hospital.

Sun Yong (Sunny) Lee, MD, FACS has joined the Division of General Surgery. In 2005, Dr. Lee completed a fellowship in breast surgery here at Thomas Jefferson University Hospital. She is the Assistant Director of the new Jefferson Breast Care Center.

Kris R. Kaulback, MD, FACS has been appointed medical director of the trauma program at Paoli Hospital. Dr. Kaulback will also continue as the associate director of the Level I trauma unit at Jefferson.

Adam Berger, MD, FACS recently received an Outstanding Performance Award for going above and beyond the scope of the normal duties of serving as a liaison between the Hospital’s cancer program and the American College of Surgeons Commission on Cancer (CoC).

Nathan Richards, MD (PGY4) presented his work from Dr. Jonathan Brody’s lab on HuR status and pancreatic cancer at the 130th Annual Meeting of the American Surgical Association in Chicago this April.

Melissa Lazar, MD (PGY4) has won a resident research award from the Society for Surgery of the Alimentary Tract and will present at the May meeting on her work in Dr. Hwyda Arafat’s lab on osteopontin and nicotine.

On Thursday, December 3, 2009, the portrait of Gerald J. Marks, MD, FACS was presented to Thomas Jefferson University. A member of the Jefferson faculty for many years, Dr. Marks has led a distinguished surgical career and has made numerous contributions to the field of colorectal surgery.