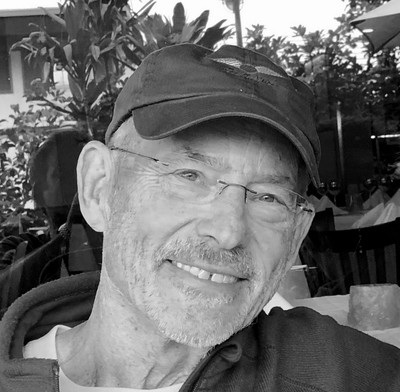 W. Kim Foster and Lisa Whitney met in the late 1970s as graduate business students at the University of Virginia. In the decades that followed, they explored the world and built a life together. There was plenty of motion, with frequent moves to new cities, trips around the world (including five to Africa) and a shared passion for scuba diving. There was also a strong, steady foundation: their 40-year marriage, Kim’s 34-year career with FMC Corporation and, most importantly, daughter, Amy, and sons, Will and Sam.

In February 2016, Kim and Lisa were four years into one of their most exciting adventures – retirement – when Kim developed jaundice. After being referred to Charles J. Yeo, MD, Samuel D. Gross Professor and Chair of Surgery, Kim received a diagnosis of pancreatic cancer. Within days, Dr. Yeo performed a mini-Whipple procedure, which was followed by radiation therapy with P. Rani Anné, MD, and chemotherapy with James A. Posey, MD, and Ashwin R. Sama, MD.

Nine months later, the family was participating in the 11th Annual Pancreatic Cancer and Related Diseases Patient Symposium at Jefferson, where Kim spoke candidly about his experience as a patient. A highly successful businessman and former nuclear submariner in the U.S. Navy, he was a natural leader and problem solver. As Lisa recalls, “One of the hardest things for him was accepting that he could not manage or control it all himself. He realized he had to put his faith in the intellect and experience of the team at Jefferson.”

Despite that team’s valiant medical efforts, Lisa, Amy, Will, and Sam said goodbye to Kim in August 2018. In the face of this immeasurable loss, Lisa has chosen to honor her husband by recommending generous contributions to Jefferson. The first gift established an endowed research fund and named the W. Kim Foster Pancreatic Cancer Collaborative Research Space, which was dedicated in June 2019. Lisa also directs annual gifts in support of the W. Kim Foster Pancreatic Cancer Pilot Grants.

Lisa views the relationship with Jefferson as an unexpected silver lining of everything she and her children have been through: “Kim and I often talked about giving back and longed to find the place where the institutional goals aligned with our family goals. The Foster family has found a philanthropic home.”

To learn more about supporting cancer research in the Department of Surgery, contact Kelly Austin at 215-955-6383 or kelly.austin@jefferson.edu.